What Harry Potter and the Pharmaceutical Industry have in common

What do Harry Potter and the biopharmaceutical industry have in common? Not the magic I hope! Indeed not. The common thread is that authors, in this case JK Rowling, and researchers live in a completely different world from us mortals who have a 9-to-5 job. In France, for instance, only 1 in 10,000 written manuscripts sent to publishing companies is ever published. Only a few of the 16,000 titles published in English every year become successful. Like in the biopharmaceutical industry, getting a product to the market is already extremely unlikely, let alone turning it into a success. The probability is about the same as with writing novels.

In his book, “The Black Swan. The Impact Of The Highly Improbable”, financial mathematician, former stock trader turned philosopher, Nassim Nicholas Taleb, makes a distinction between two worlds : Mediocristan and Extremistan. Authors and researchers live in Extremistan. Bookshop owners, dentists and doctors live in Mediocristan, like most of us.

Mediocristan is the world of the predictable, of averages and measurable factors, basically applicable to the physical world we live in. Take physical qualities like weight or height for instance. Most people will be close to the average weight or height and the further you mo

ve away from the average, the lower the odds are for deviation from it. You can take a group of 1,000 people and their average height will be the same as any other group of 1,000 people. Adding one very tall person to one group will not affect the average. In statistics this is often called the bell curve or Gauss curve (Figure 1), representing a normal statistical distribution. Because the odds are low for the extremes, this gives a high level of statistical predictability. There are few extreme successes or failures. A dentist for instance lives in Mediocristan. Whether he has one more patient will not change his income, and there are only so many patients you can tend to in a day. The generic industry also lives in Mediocristan. Our social security and health insurances are part of Mediocristan.

In Extremistan, this bell curve does not apply. If you take two groups of 1,000 people and you take their wealth as a parameter, the “normal distribution” will not apply. You can add one rich person like Bill Gates, and the average will be completely eschewed. This makes predictability impossible. Randomness rules … It’s often “yes” or “no”. The total can be severely impacted by one single additional observation. Suppose that Bill Gates moved to your village, the average level of personal income would significantly change. Actors and authors reside in Extremistan. For every actor recruited, thousands have failed their auditions. For every book published, thousands of manuscripts were rejected. Having your book published or not, will make a huge difference. You write one book, but there is no limit to the number of copies sold. Or not. Failure is part of the essence in Extremistan. In a visual graph this is often represented by the “power tail” graph or the Pareto distribution (Figure 2), named after the Italian economist who claimed that 80% of the effects come from 20% of the causes (eg. 80% of the income goes to 20% of the people, 80% of a company’s turnover comes from 20% of the clients, etc.)

Taleb argues that we treat far too much of our reality as if it were Mediocristan when in fact much of it is based in Extremistan. So, for example, out of the many thousands of books, films and recordings released each year, a small number will account for the largest part of sales, and it is not possible to predict with certainty which of the many works released will find success (or failure). Indeed, in any endeavour susceptible to notable and unpredictable exceptions, no amount of examining the past will enable us to foretell the future. The sales of these few books will allow publishing houses to publish also less successful high quality books.

One of his main comments is that bad decision-making, counterproductive actions and even catastrophes could result from failing to identify the differences between the two worlds and by imposing one system on the other.

The importance of making that distinction for the pharmaceutical industry

The same is true for pharmaceutical research. It’s a game of all or nothing. You can spend years looking for real innovations, without success. You cannot predict what you will discover and when. In the innovative pharmaceutical industry, tens of thousands of molecules are tested, and only one of these will reach the market. This will take more than a decade. And even then, you do not know whether that medicine will sell sufficiently to recuperate the research investments. Apparently, only 2 out 10 new medicines sell enough to do so.

But once you find something, this is usually rewarded in line with the efforts made to discover these drugs. There should be nothing wrong with pharmaceutical companies making huge amounts of money from these discoveries, just like there is no problem with Bill Gates earning money or with J.K.Rowling earning good money from her books. You can envy them for their success, but there is nothing wrong with it.

Nobody questions the fact that her book only costs less than one euro to print. Nobody questions that she has copyright protection for 95 years after her death, and that nobody can copy her books without permission, not even a sentence from it. And that’s how it should be. Success should be rewarded. High risk endeavours like writing and like research should be rewarded extremely highly. The winner takes it all. That is the magic. That is the carrot that will make new authors write against all odds to be ever published, for researchers to keep adding failure to failure to failure … in the hope to one day find this cure for cancer. If this researcher and his team did find the cure, wouldn’t they deserve to earn more money than Bill Gates? Who would care about that? So it is with the pharmaceutical industry. They deserve their success. And this success needs to be rewarded highly. For patients today, but especially for patients tomorrow.

That is the magic! To reward major successes excessively. We all benefit from it.

The Power of Partnerships 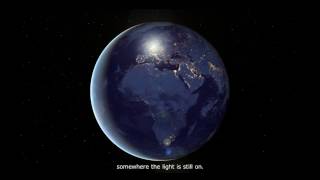 Video on 50 Years of Pharma Research in Belgium

What is the value of reputation studies?

What Harry Potter and the Pharmaceutical Industry have in common